Reasons for the page to be improved:
Improve map description.

The Big Fan Of Death!

The map is a simple arena that centers around a large fan that brings instant death.

One current "feature" of the map is to stand on the middle of the fan getting spun like crazy.

The map was replaced by pxlfan, because of lack of space in arenas.txt. It can be selected through the console, however. 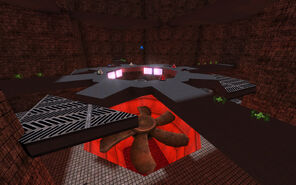 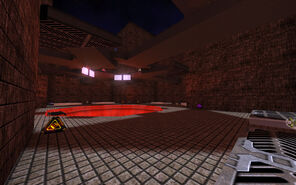 Retrieved from "https://openarena.fandom.com/wiki/Cut_Content/fan?oldid=13213"
Community content is available under CC-BY-SA unless otherwise noted.