An "8"-shaped map with the main route between flags being "S"-shaped. The flags are in both extremes of this "S".

The main route goes below a bridge connecting both bases' upper floors. Below this bridge, there's a Combat Armor. Both corners of this "S" have plenty of weapons.

There's an alternate route, (1) going from the road at the left of the flagbase, it also includes some weapons. Both extremes are U-shaped, and are connected through many ways.

Finally, there's another alternate route, (2) going from the left side of the "S"-road, which includes a balcony with the Railgun, and ends in the alternate route. (1)

Both the main route and the alternate route (1) are also connected by way of a jumppad, before reaching the Combat Armor.

Both bases also have a spawn balcony, set in the corners of the main "S" where they respawn with the Shotgun and Plasma Gun as the closest weapons. There's also many ammo here. 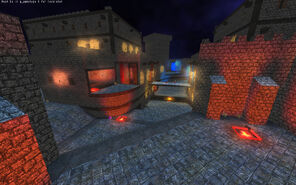 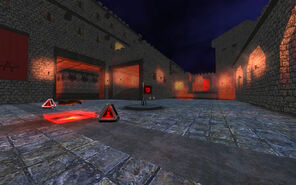 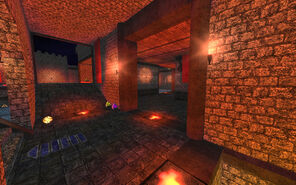 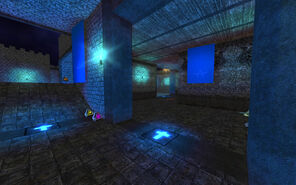 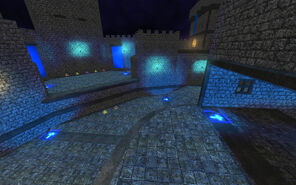 Retrieved from "https://openarena.fandom.com/wiki/Maps/oasago2?oldid=20213"
Community content is available under CC-BY-SA unless otherwise noted.