Wrackdm17 is a small space map. It's composed by a big platform, which also acts as the main arena, and two small platforms: one above the main platform, holding the Quad Damage, and another one in front of it, holding the Railgun. There's also a floating jumppad, which provides access to the Quad platform.

The main platform is composed by five platforms: a lower platform, two lateral, mid-sized mid-platforms, and two also lateral, but small-sized high platforms. These two mid-sized mid-platforms are connected through a bridge, each one has a teleporter whose destination ends in the mid point of this bridge. The high small platforms are also connected via two jumppads which go across an arc of armor shards and a Combat Armor in the middle point. In the very center of the lower platform, there's a series of jumppads, with an horizontal jumppad in the middle area, with enough strength to make it possible to reach a floating Megahealth at the top of it's height.

The map has some differences towards its Q3A predecessor: the platform that holds the railgun is lower than the main platform, making it much less appealing for campers, being it far less useful.

Thanks to its openness, in instantgib mode it can provide extremely fast paced action. 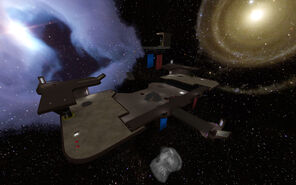 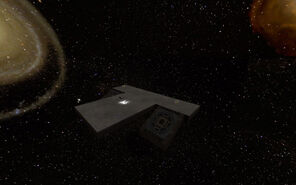 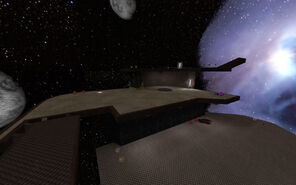 Retrieved from "https://openarena.fandom.com/wiki/Maps/wrackdm17?oldid=20222"
Community content is available under CC-BY-SA unless otherwise noted.