This is the current, incomplete roadmap of OpenArena

NOTE: although the current version is 0.8.2 this todo was too ambitious and we couldn't do everything. Most of this is to be propogated to 0.9 due to media pk3 size reasons

- it is old, and exists only for older cards such as Rendition and Riva128 and RagePro (which OA is defintiely NOT designed for asset-wise)
- it breaks shaders of many maps (like islandctf and other maps with terrain shaders), and removes many visual effects to cause the game to look ugly
- it removes shadows from maps, leading to 'professional gamers' using it to their advantage since having eyes and forced player models are not enough.
- Other recent Q3 engine games don't have it, so why should we? OA isn't released in 1999, you know. 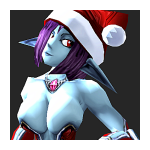