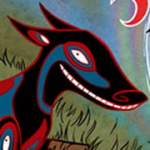 My name, as you can guess, is PumpkinKnight... no, really. I'm Luciano, 33 years old, from Argentina, playing OpenArena ever since 2008, though my interests are in game design. I've contributed many maps to OpenArena such as am_galmevish2 (my one-hit-wonder). I've also made contributions to the OA gamecode and some graphics, and lead the OpenArena Community Mappack, both volumes, as well as the Milestone Mappack.

Outside of OA, I'm the admin and main contributor of the Unreal Wiki, my all-time favourite gaming series. Other wikis I frequent include Mortal Kombat, Quake and the pro wrestling wiki.

Also a troper. (?) BEWARE: Time-sucking site. Enter at your own risk.

Retrieved from "https://openarena.fandom.com/wiki/User:PumpkinKnight?oldid=20260"
Community content is available under CC-BY-SA unless otherwise noted.